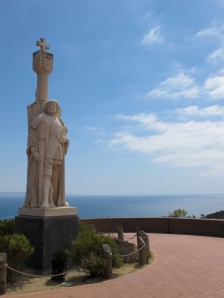 I miss San Diego. And I imagine I’m not alone in that sentiment. In fact, anybody who visits is likely to wish they could linger a bit longer and come back soon. To me San Diego combines the best of California: LA’s balmy weather with San Francisco-like character of distinct neighborhoods, history – and street cars. For most people San Diego Zoo is the first association with the city. It was for me as well and I’ll write another blog about the sun & fun side of San Diego, the zoo included. But this one is about old San Diego and its charms.

Portuguese explorer Juan Rodriguez Cabrillo – or rather João Rodrigues Cabrilho – sailing up the west coast of North America in service of Spain discovered San Diego Bay on September 28, 1542. He called it San Miguel. The voyage’s diary provides a description of the not-so-friendly first encounter with the locals:

“…they went about six leagues along the coast running north-northwest, and discovered a port, closed and very good, which they named San Miguel. (…) Having cast anchor in it, they went ashore where there were people. Three of them waited, but all the rest fled. To these three they gave some presents and they said by signs that in the interior men like the Spaniards had passed. They gave signs of great fear. On the night of this day they went ashore from the ships to fish with a net, and it appears that here there were some Indians, and that they began to shoot at them with arrows and wounded three men.”

Today the spot where Cabrillo and his crew arrived (and were not particularly welcomed), the tip of Point Loma, is commemorated by the large statue of the explorer: the Cabrillo National Monument. The panoramic views of San Diego and the blue, blue Pacific from that spot are unmatched! While at Point Loma, also don’t miss visiting the historic lighthouse and, if the tide is low, exploring local marine life in the Tidepools.

By a strange coincidence, while at Point Loma, I also got to indulge my proclivity for capturing special and visually stunning wedding moments of total strangers (see here for a Utah photo). Maybe this should be my theme?

What an impressive backdrop for wedding photos!

The Spaniards in Cabrillo’s expedition were in search of a northern passage to Europe rather than for new territories to settle and it took another 200 years before Europeans settled the area. In 1769, Gaspar de Portolà founded the military post Presidio of San Diego, and Franciscan friars established the Mission San Diego de Alcala. From there the settlement grew under Spanish (until 1821) and then Mexican rule, and in 1848 San Diego became part of the United States after the Mexican-American War. The best place to explore the city’s colonial period is the Old Town. It is anchored around the Spanish plaza surrounded by historic buildings such as Casa de Estudillo, lively shops, and restaurants.

A a short walk down San Diego Avenue stands the imposing Church of Immaculate Conception. 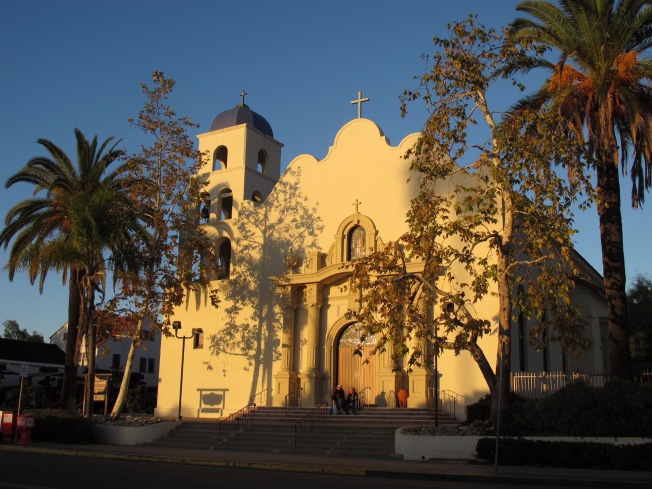 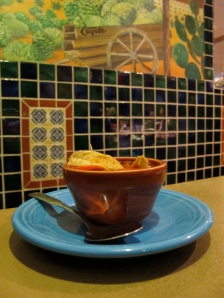 Aside from other historic sites such as Whaley House, allegedly the most haunted house in the U.S., there are plenty more opportunities to shop and to eat along the avenue. I have particularly fond memories of exceptionally comforting tortilla soup on an unseasonably chilly evening at Cafe Coyote (2461 San Diego Avenue).

Just steps from the cafe, rather unexpected in this festive setting, lies tiny El Campo Santo Cemetery. It was used between 1850 and 1880 and many famous early citizens of San Diego rest here. Probably the most notorious person buried here is Yankee Jim Robinson who was hanged at the site of the nearby Whaley House and apparently still haunts the residence. Also quite disturbingly, not all of the 477 bodies buried at Campo Santo are still within its bounds. In 1889, a horse-drawn streetcar line was built through part of the cemetery and later became San Diego Avenue, leaving several graves under the street and sidewalk. Reportedly people who park their cars in front of the cemetery (i.e., on top of paved over graves) find them hard to start and car alarms are set off for unknown reasons. Boo!

But ghost stories aside, the cemetery has a calm, simple, beautiful presence. I greatly enjoyed strolling among these old graves… 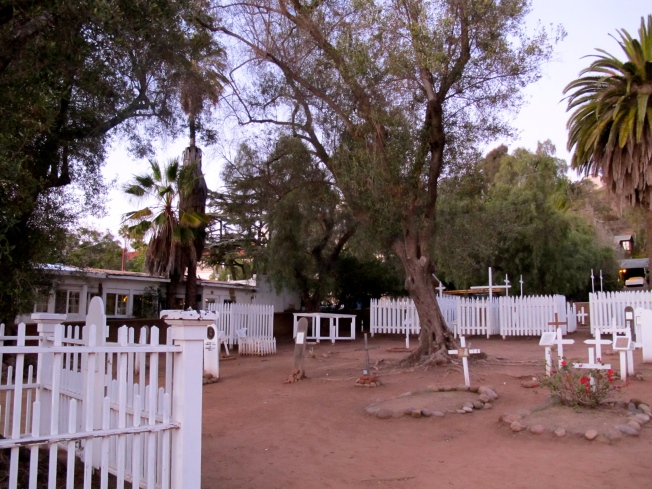 Taking a small detour from San Diego Avenue is also well worth it. Just a block away is the Mormon Battalion Historic Site (2510 Juan Street). The battalion was a volunteer unit of more than 500 Mormon men who arrived in San Diego in 1847 to support the American military garrison during the Mexican War. They made the longest march in military history: 2,000 miles from Council Bluffs, Iowa. You can learn more on a free tour given to visitors by period-dressed guides. 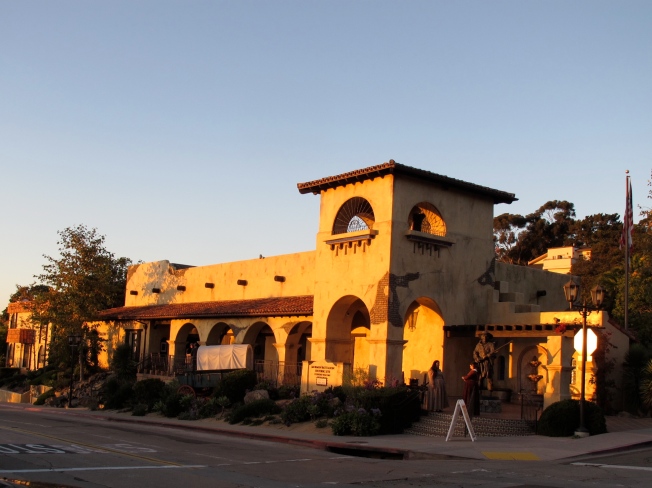 Next to the Mormon Battalion site the Heritage Park Victorian Village rises gently up the hill. This lush county park features seven beautifully restored and relocated Victorian homes, saved from demolition, as well as San Diego’s first synagogue. Temple Beth Israel was built in 1886-1888 following the Great Boom that transformed San Diego into a bustling city after the arrival of the railroad in 1885. The population, including many Jewish merchants, jumped from 2,637 in 1880 to… 40,000 in 1888!

One of the seven stately Victorians

Another Victorian beauty of the Heritage Park

If you can, try to time your visit to the park with a sunset. That’s when history comes to life and the view from above the Old Town is simply spectacular!