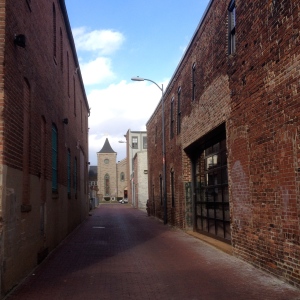 Tucked away between 9th, 10th, N, and O streets in Northwest Washington, DC Blagden Alley may not be easy to find but it’s worth the search. Blagden Alley-Naylor Court is a historic district and one of the few remaining intact examples of Washington’s characteristic alley dwellings. Thomas Blagden and Dickerson Nailor (now Naylor) were two 19th-century property owners. The former also ran a lumberyard and the latter was a grocer.


“Alley dwellings were small houses situated on alleys behind large homes that faced the main streets. They often shared the alleys with workshops, stables, and other accessory buildings. During the Civil War’s severe housing shortages, alley housing was one of the few options available to poor and working-class residents. Interracial in the beginning, alley dwellings were predominantly African American by the turn of the 20th century.”

“In 1880, 64 families lived in Blagden Alley — all African American. The typical Blagden Alley home had four rooms with a small back yard, a water pump, a privy, and a shed. Stables and businesses were added to the alleys later. Hidden from the main streets, alley dwellers often formed supportive communities. From the outside, however, alley communities were seen as unsanitary and dangerous. Most were torn down by 1955 after the Alley Dwelling Elimination Act was implemented by Congress in 1934. Blagden Alley and Naylor Court remain intact due to community activism during the 1980s. They are home to the DC Archives, Office of Public Records, which occupies a former stable, and a number of small businesses and shops. They were listed on the DC Inventory of Historic Places in 1990.”

Until recently, I knew nothing about Blagden Alley. Then by coincidence I found these two amazing photos from 1923 through Ghosts of DC blog – one of my favorite sources for discovering Washington’s past.

Blagden Alley in 1923 (Source: Shorpy via Ghosts of DC)

Blagden Alley in 1923 (Source: Shorpy via Ghosts of DC)

I’ve never heard of the place and had no idea where it was so I turned to Google Maps street view for help. Seeing the alley seemingly preserved in time but devoid of the 1923 photo’s human subjects almost made me speechless! What happened to the gentleman on the stoop? Who were the kids and the ladies walking through the alley? 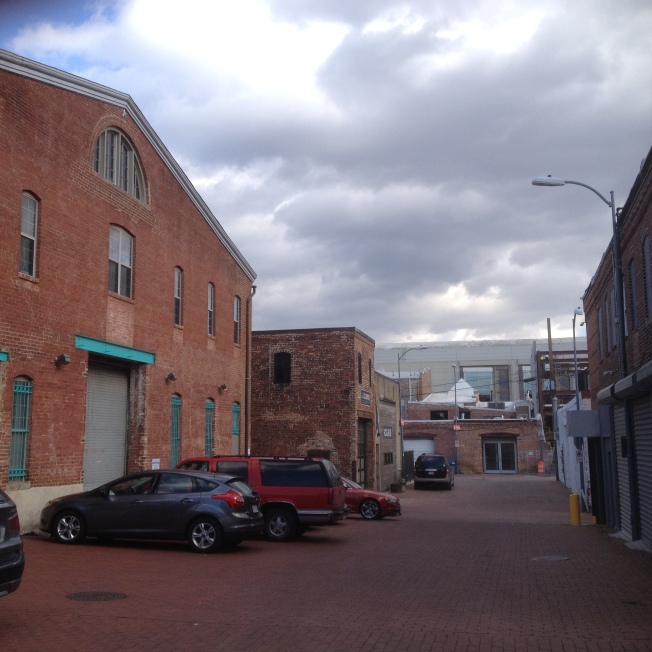 Looking at the Google Maps image of the alley led me to another unexpected discovery: an amazing restaurant that, since 2011, has turned one of the alley buildings into a world-class food establishment. Rogue 24, the brainchild of Chef RJ Cooper, serves 4, 16, and 24-course tasting menus that combine top-quality ingredients with true culinary invention. While celebrating my husband’s birthday, we opted for the 16-course menu aptly named Progression. Each course may be a small bite but it’s a work of art. Flavors, textures, and colors blend into perfection – a true progression of culinary perfection! The ambiance is amazing: an open kitchen in the middle of a spacious dining room with exposed 19th century brick. From alley dwellings to an exclusive restaurant in a century… What an amazing progression for Blagden Alley as well!

These are the memories of the evening – I give you the Progression (definitely order wine pairing):

The Washingtonian rated Rogue 24 among 2013’s top 100 restaurants in the city. As the review put it, “Going one better than the open kitchen, Cooper has staged Rogue as gastronomic theater in the round. You watch as your meal is assembled by chefs who don’t so much cook as manipulate textures and flavors into new arrangements and shapes.”

Definitely a night to remember! The menu changes frequently so if you go you may not be served the same dishes but that just adds to the delightful surprise. We’ll sure be back for the 24-course Journey at Rogue 24.

Let me leave you with another serendipitous discovery. When I was researching Blagden Alley for this blog, I came across an amazing video shot on location – an amazing musical collaboration between Christylez Bacon and Niṣṭha Raj: