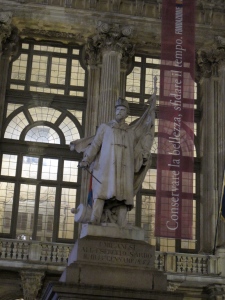 Nestled at the foothills of the majestic Alps (that is what the Piedmont means literally, “at the foot of the mountains”), Turin is conveniently located close to France, Switzerland, and the Italian coast. It is surrounded by Piedmontese vineyards famous for Barolo Barbaresco wines made from the Nebbiolo grape, and close to the truffle capital, Alba. A compact city center makes it easy to reach major attractions by foot. All these make Turin a wonderful place to visit and the city has been reclaiming its fame in recent years, boosted by hosting the 2006 Winter Olympics. Ready for a quick tour? END_OF_DOCUMENT_TOKEN_TO_BE_REPLACED