This time I’m writing about a trip I have not taken, I wish I could have taken, but unfortunately I’m not likely to be able to take any time soon. A train trip. Dakar, which I did have a chance to visit, is the Western terminus of the railroad built by the French almost a hundred years ago. The railroad connected Dakar with the city of Bamako, today the capital of Mali. The line opened in 1923 and linked the biggest cities in colonial French West Africa, connecting the Atlantic coast with the vast, mineral-rich hinterland along the Niger river. Nearly 800 miles across the arid land and baobab-studded savanna in between… Although once considered one of the most luxurious train rides in Africa, sadly its glory days are over. But even after its heyday, the trip must have been quite an experience and, vicariously, I feel I’ve had a taste of it through the writings of a Polish traveler and author Ryszard Kapuściński. In his great book The Shadow of the Sun he vividly describes a trip from Dakar to Bamako he took back in the 1960s, reflecting upon larger changes underway in Africa at that time.

“We set off. At first, the train rolls along the edge of old, colonial Dakar. A beautiful coastal city, pastel-colored, picturesque, laid out on a promontory amid beaches and terraces, slightly resembling Naples, the residential areas of Marseilles, the posh suburbs of Barcelona. Palm trees, gardens, cypresses, bougainvillea. Stepped streets, hedges, lawns, fountains. French boutiques, Italian hotels, Greek restaurants. The train, gathering more and more speed, passes this showcase city, enclave city, dream city, then suddenly, in the space of a second, it grows dark in the compartment, there are loud thudding, crashing, sounds outside, and we hear blood-curdling screams. …

What has happened? I can see that the lush, flowering gardens have disappeared, swallowed beneath the ground, and a desert has commenced, but a populated desert, full of shacks and lean-tos, sand upon which sprawls a neighborhood of squalor, a chaotic and swarming district of slums, one of the typical, depressing bidonvilles that surround most African cities. And in this cramped bidonville, the shanties crowd one another, press together, even climb up on one another; the only open space for a market is the train tracks and embankment. … And then – here comes the train. It arrives at full speed, unchecked, thundering and whistling. And then everyone, shouting, terrified, panicked, grabbing whatever they can manage to, starts to run as fast as their legs can carry them. They cannot move out of the way earlier, because no one knows for certain when the train will arrive.

Changing landscape outside of Dakar

In the last two to three decades the character of African cities has changed. … The beautiful Mediterranean-like Dakar giving way to the frightful desert Dakar is an apt illustration of this change. In the past, the cities were administrative, commercial, and industrial centers, practical constructs, performing productive, creative functions. Typically of moderate size, they were inhabited only by those who had employment there. What remains of these cities today is merely a shred, a fraction, a fragment of the former cities, which even in small and thinly populated countries have expanded monstrously, become great metropolises. … Go to the city! It was an expression of hope, and also a gesture of despair. … I think of the camp we passed leaving Dakar, of the fate of its residents. The impermanence of their existence, the questions about its purpose, its meaning, which they probably do not pose to anyone, not even to themselves. … They cultivate nothing, raise nothing, manufacture nothing. They do not attend schools. They have no address, no money, no documents. All of them have lost homes; many have lost their families. They have no one to complain to, no one they expect anything from.” 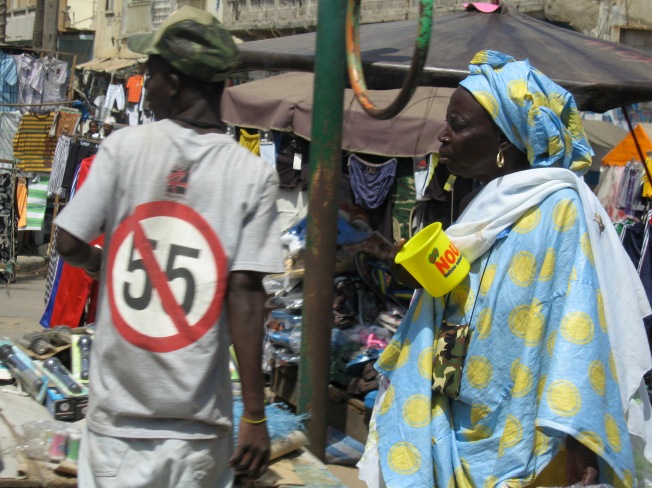 The residents of settlements outside Dakar. Has much changed since the 1960s?

I wish more had changed between the time Kapuściński’s train ride through the outskirts of Dakar and my much more recent visit there. Economically, though, Senegal continues to struggle, with GDP per capita (in constant 2000 $US) virtually unchanged or even in a slight decline from $615.23 in 1960 to $561.71 in 2010. Similarly, time has not been kind to the old rail line. After Senegal and Mali gained independence in 1960, the management of the railroad was divided between the two countries and not particularly well executed. The condition of the tracks continued to deteriorate and the trip was getting longer and longer as trains had to slow down to a crawl just to stay in tracks.

Rhiannon Batten of The Independent took the train in 2004. It was a long and rough ride: “Though scheduled as a 35-hour trip, the journey regularly takes more than three days and the service is down to a single train a week, if it turns up at all. Once, its carriages graced the London-Milan boat-train route. Now they’re left to fall apart in the sub-Saharan dust while the track crumbles beneath them. Increasingly, passengers are turning to the cheaper, faster and only marginally more crowded bush taxis. It feels as though the Dakar-Bamako train is nearing the end of the line.”

Sounds prophetic today. Things got so bad that derailments became an almost daily occurrence and passenger transport was suspended in 2009 because it was simply too dangerous. Given Senegal’s dire economic straits, Mali’s political stalemate, and donors constrained by the global financial crisis, restoring the Dakar-Bamako line seems unlikely in the coming years. But maybe one of those days the vanishing train will be back… And when it is, I hope to be on it. 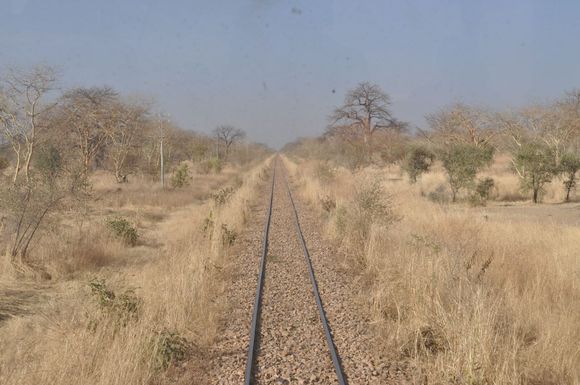