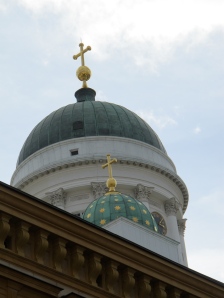 I must admit I was unexpectedly charmed by Helsinki. Visiting there in early March, I was envisioning a frozen Nordic capital. The weather was indeed on the chilly side but I barely noticed, having been totally amazed by the city’s stunning architecture and welcoming vibe. Above all, I was surprised – and delighted – by the “North-meets-East” feel of the place. The Northern part does not need much explanation: Helsinki is the second northernmost capital city in the world after Reykjavik. It is Helsinki’s eastern character that is less commonly appreciated. While in the common consciousness Finland, a member state of the European Union, is firmly a part of Western Europe, geographically and historically it also has strong ties to the East – namely Russia.

After centuries of Swedish rule, Finland came under Russia’s influence after the 1808-09 war fought between the Kingdom of Sweden and the Russian Empire. As a result of the war, the autonomous Grand Duchy of Finland was established within the Russian Empire. When Tsar Alexander I moved the new duchy’s capital from Turku to Helsinki in 1812 to bring the capital closer to St. Petersburg, the city began its transformation into a modern metropolis. Its downtown in particular was shaped in the neoclassical image of the tsarist capital by a German-born architect Carl Ludvig Engel. END_OF_DOCUMENT_TOKEN_TO_BE_REPLACED 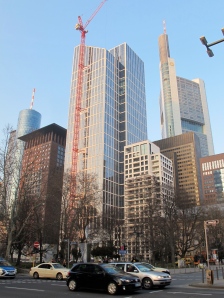 Yes, I meant for the title of this blog to be provocative. For most people Frankfurt – the one on the Main river – has three leading associations: 1) one of the few European cities with a U.S.-style skyline, 2) the headquarters of the European Central Bank (ECB), and 3) a giant airport that they always transit through but never leave. None of the above (but especially the airport) typically brings the word “fun” to mind. But that impression changed for me when, after countless flight connections at FRA, my husband and I finally decided to venture outside having built two days in the city into our itinerary. And it was totally worth it!

Did you know that there used to be a Roman settlement here? While few artifacts remain, the Roman heritage lives on in the name of a hallmark medieval building in the compact yet surprisingly charming Old Town (Altstadt) called Römer, or Roman, after a merchant family that used to own it. Did you know that the world-famous Frankfurt Trade Fair (or Frankfurter Messe) dates back to 1150? Did you know that German kings and emperors were elected in Frankfurt since 855 and also crowned there from 1562 until 1792 at the impressive Frankfurt Cathedral of St. Bartholomäus? Did you know that Goethe was born here in 1749? I didn’t until I finally took the time to explore. END_OF_DOCUMENT_TOKEN_TO_BE_REPLACED 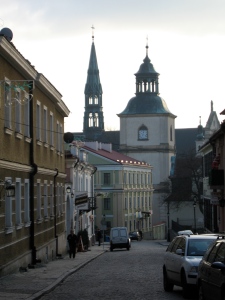 There is a region in southeastern Poland – the one I come from – called Małopolska. The name somewhat awkwardly translates into English as Lesser Poland but let me assure you there is nothing “lesser” about it as far as things to do and places to see. For one, the region’s capital is beautiful Kraków on my top 10 list of cities anywhere (ok, I may be somewhat biased =) Sandomierz, although not as well known to tourists, is equally beautiful, historic, and worth a visit.

Back in the Middle Ages, it was one of the largest and most prosperous cities in Poland, a residence of princes and kings. In the 1200s the city was seriously damaged by Tatar invasions. The most infamous raid took place in 1259-60 when the Tatars massacred 49 dominican monks in St. Jacob’s church after successfully laying siege to the city. That event has become foundational for many legends such as that of Salve Regina hill (the monks were singing Salve Regina hymn as they were preparing to meet their maker). The legend says that a giant bull raised by the monks ran after the Tatars in the direction of Kraków to avenge its keepers but could not catch up with the horde. Enraged, the bull dug a large mound with its hoofs and carved “Salve Regina” on the hillside with its horns. A great introduction to that early Sandomierz, shrouded in legends, is the Underground Route touring 470 metres of clandestine passages and multi-story cellars once used by cityfolk and merchants. END_OF_DOCUMENT_TOKEN_TO_BE_REPLACED