Ailsa’s Where is My Backback? blog is fun to read and offers weekly photo challenges. I felt inspired by this week’s travel theme: big. So here we go…

El Jem, Tunisia
This is of the biggest Roman amphitheaters, truly an amazing sight in the Tunisian desert! 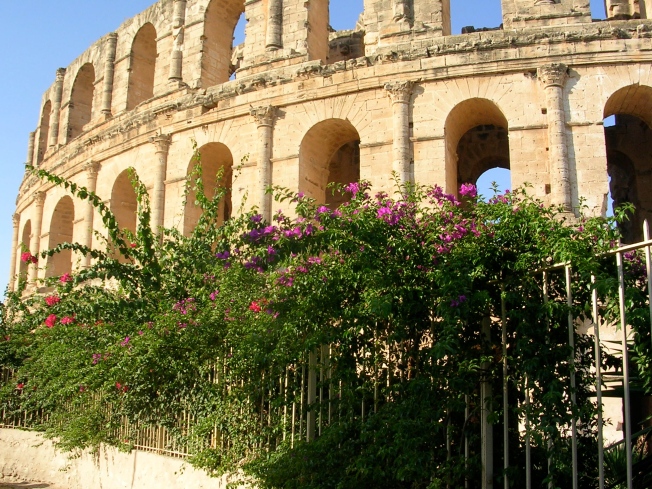 END_OF_DOCUMENT_TOKEN_TO_BE_REPLACED

Dubai is a city of dreams. Skyscrapers jutting out of the desert seem somehow improbable, unreal. Up until the 1960s, it was a dusty fishing village with faded history of prosperity as a pearl trade port that collapsed in the 1930s amidst the Great Depression (oh yeah, and cultured pearls were invented). That changed when oil was discovered in 1971 and Dubai became a hallmark of making the impossible happen – with lots of cash.

Can you build a sail-shaped structure surrounded by the ocean? Sure, as the iconic Burj Al Arab luxury hotel proves. How about the world’s largest shopping mall? Stop by the Dubai Mall with over 1,000 shops, aquarium, ice rink, 30-acre lake and the world’s largest dancing fountain. The tallest structure in the world? Burj Khalifa, 800+ meters tall skyscraper that opened last year will leave you rubbing your eyes in disbelief. Want to go skiing indoors when it’s 30C outside? No problem, Mall of the Emirates invites you to its 400 meter-long ski slope. Man-made island? Why not – check out the palm-shaped artificial archipelagos off Jumeirah Beach built on sand dredged from the bottom of the Persian Gulf. END_OF_DOCUMENT_TOKEN_TO_BE_REPLACED