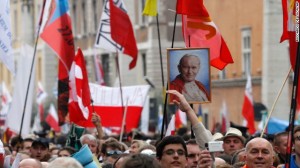 Santo subito! – Saint now! the crowds of faithful gathered in Rome were demanding at the Polish Pope John Paul II’s funeral on April 8, 2005. Last Sunday, these calls were answered when John Paul II, along with John XXIII were canonized by Pope Francis in an unprecedented ceremony in St. Peter’s Square in Vatican. For Poles in particular – religious or not – this was a special day. John Paul II was “our” pope, for people from my generation the only pope we’d ever known, a source of spiritual strength in bleak communist reality of Poland at the time, and a source of inspiration to millions that helped bring down the Berlin Wall. Not surprisingly, during the days surrounding the canonization ceremony Rome became a Polish city with thousands of pilgrims from Poland flocking to the Italian capital.

The majestic images of St. Peter’s Basilica made me think about my visit to Rome some years ago. I already wrote about the treasures and mysteries of the Vatican before. Now let’s venture beyond its ancient walls… My childhood image of Rome came from a novel Quo Vadis by a Nobel Prize winning Polish author Henryk Sienkiewicz, published in 1895 and since translated into more than 50 languages. It is a tale of travails of early Christians and forbidden love between a young Christian woman, Lygia, and a Roman patrician, Marcus Vinicius, set in Nero’s Rome. So I found it delightful to discover the city’s Roman legacy, starting of course with its hallmark structure, the magnificent Colosseum, and nearby ruins of the Roman Forum. The pages of Quo Vadis came alive on the streets of Rome… 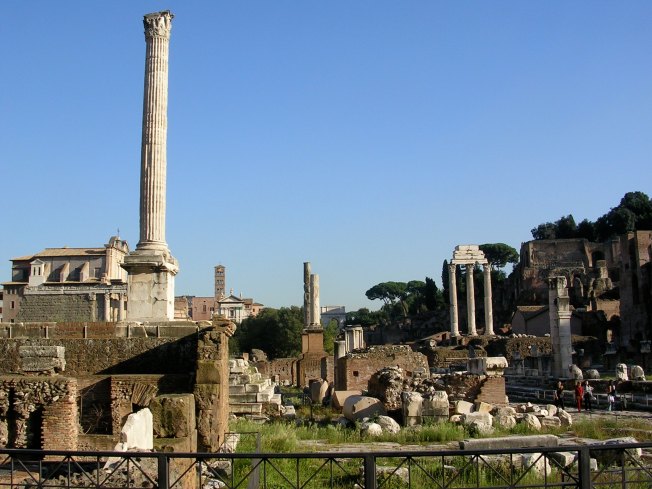 Then there is the Pantheon, an amazing rotunda-shaped temple with a rectangular vestibule supported by majestic Corinthian columns. It was built in Roman times as the temple dedicated to all gods and since the 7th century it has been used as a Roman Catholic church. Simply amazing!

I loved wondering for hours in Trastevere, charming and ancient neighborhood on the west bank of the Tiber River. Narrow, winding streets hide hundreds of atmospheric restaurants and cafes. And the gorgeous Basilica di Santa Maria, dating back to the 3rd century AD, delights with its gold-infused medieval mosaics.

Next stop, Campo di Fiori, a lively square surrounded by notable structures of Rome’s medieval rich and powerful such as the Orsini palace or Taverna della Vacca that belonged to Vannozza dei Cattanei, famous lover of Pope Alexander VI Borgia. There is also dark history to this place: public executions used to be held and here. The most infamous one happened on 17 February 1600 when philosopher Giordano Bruno met his end, accused of heresy and burned alive on the stake. His haunting statue anchors the square and, just like with Sienkiewicz, another Polish Nobel Prize winning writer, Czesław Miłosz, had transported me to this place long before I actually arrived. His poem, Campo di Fiori (also spelled Campo dei Fiori), is a dark reflection on the loneliness of suffering and on humanity’s ability to ignore grave injustice in pursuit of the mundane. Here is a moving fragment: 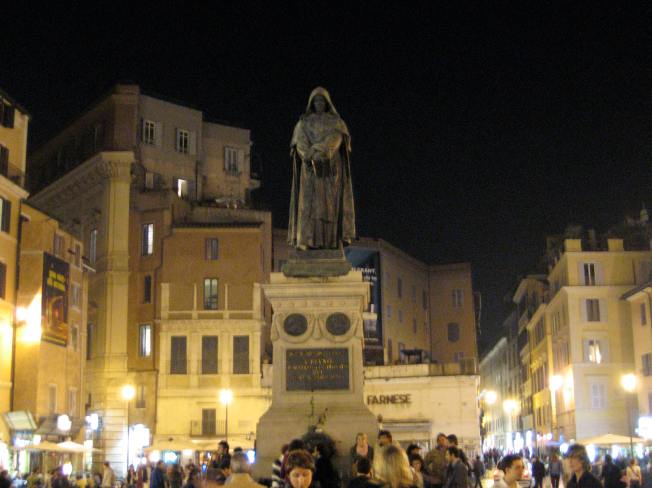 Back to the brighter side of Rome… there is special magic to Fontana di Trevi, immortalized in a famous scene in 1960 movie La Dolce Vita by Federico Fellini, with Anita Ekberg and Marcello Mastroianni taking a dip in the fountain.

You have a very small chance of ever seeing di Trevi square empty the way it was in the movie – and zero chance of being allowed to jump into the fountain so don’t get any ideas =) But even with crowds of visitors filling this small piazza, the place is pure magic, especially at night. 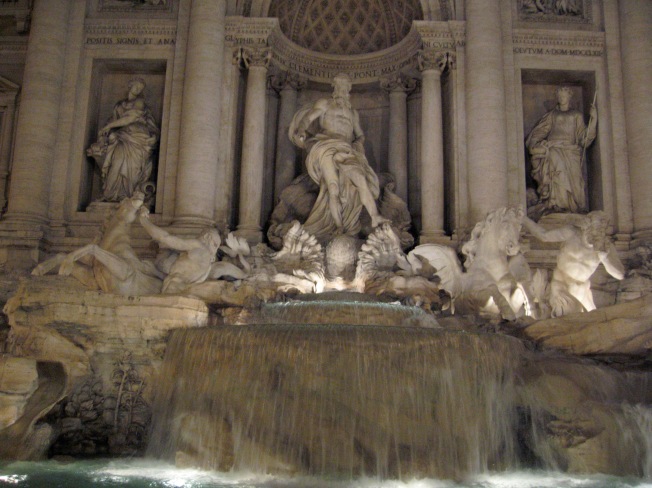 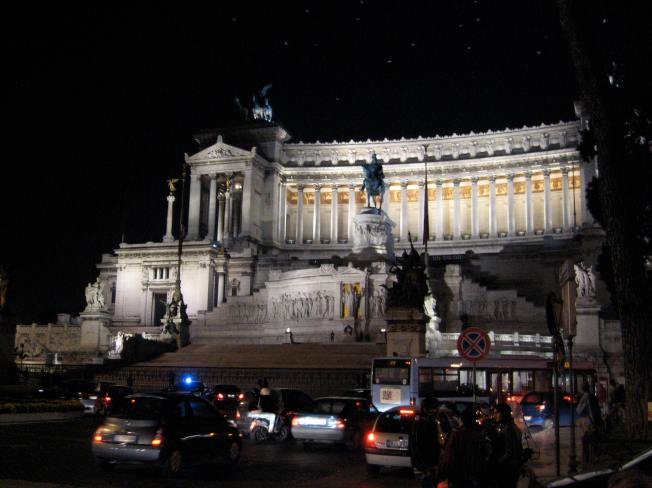