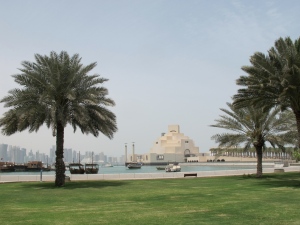 Museum of Islamic Art from Corniche

One of the most easily recognizable buildings in Doha is the Museum of Islamic Art. Stunningly white against the bright blue sky, the Museum protrudes into the waters of the Persian Gulf, right off the fashionable Corniche seaside boulevard. The Museum is a recently new addition to Doha’s fast-growing skyline, opened to the public in December 2008. The structure was designed by a Chinese American architect I.M. Pei who was inspired by the ablutions fountain of the 9th century Mosque of Ahmad Ibn Tulun, the oldest mosque in Cairo, Egypt. You can clearly see the parallels in the central dome surrounded by angular, layered ornamentation. Here is how I. M. Pei described his inspiration:

This was one of the most difficult jobs I ever undertook. If one could find the essence of Islamic architecture, might it not lie in the desert, severe and simple in its design, where sunlight brings forms to life? I believe I found what I was looking for in the Mosque of Ahmad Ibn Tulun in Cairo (876-879).

The small ablutions fountain surrounded by double arcades on three sides, a slightly later addition to the architecture, is an almost Cubist expression of geometric progression from the octagon to the square and the square to the circle. This severe architecture comes to life in the sun, with its shadows and shades of color. 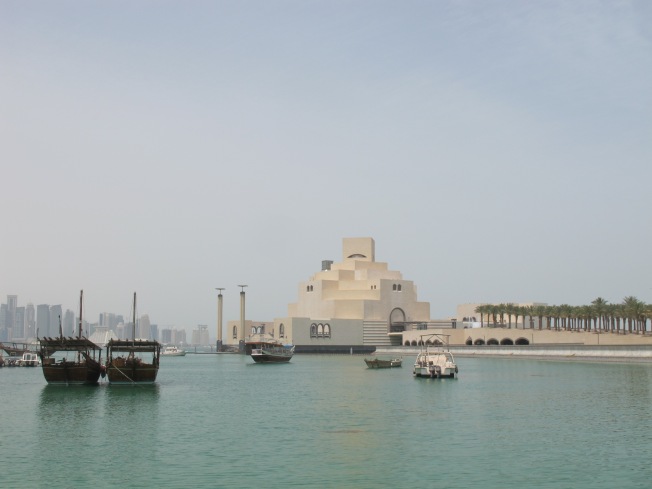 Museum of Islamic Art in all its splendor 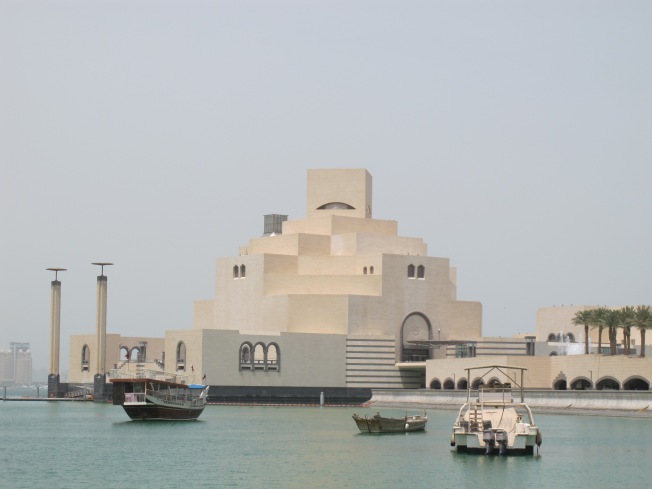 Museum of Islamic Art – close up

The Museum sits in a small, peaceful park that separates it from the bustle of the Corniche. It is connected to the shore by two pedestrian bridges and a vehicular bridge (and is also accessible by boat), and consists of a 5-floor main building and a 2-floor Education Center across the central courtyard. The exquisite collection is exhibited on two floors and features ceramics, coins, enameled glass, manuscripts, metalwork, and textiles from different Muslim lands dating from the 7th to the 19th century.

The Museum’s atrium is astonishing – open, spacious, full of light. It’s hard to capture its scale in a photo but it definitely makes an unforgettable impression, especially looking up the dome.

Looking up… an awesome skylight at the top of the dome

On the north side of the atrium there is a 45-meter tall glass curtain wall, the only major window of the building. It gives a perfect vantage point to the museum cafe and offers panoramic views of the Gulf from all five floors of the atrium levels.

Now to the collection itself… Here are some of my favorite objects. Many more are available for viewing through the Google Art Project. 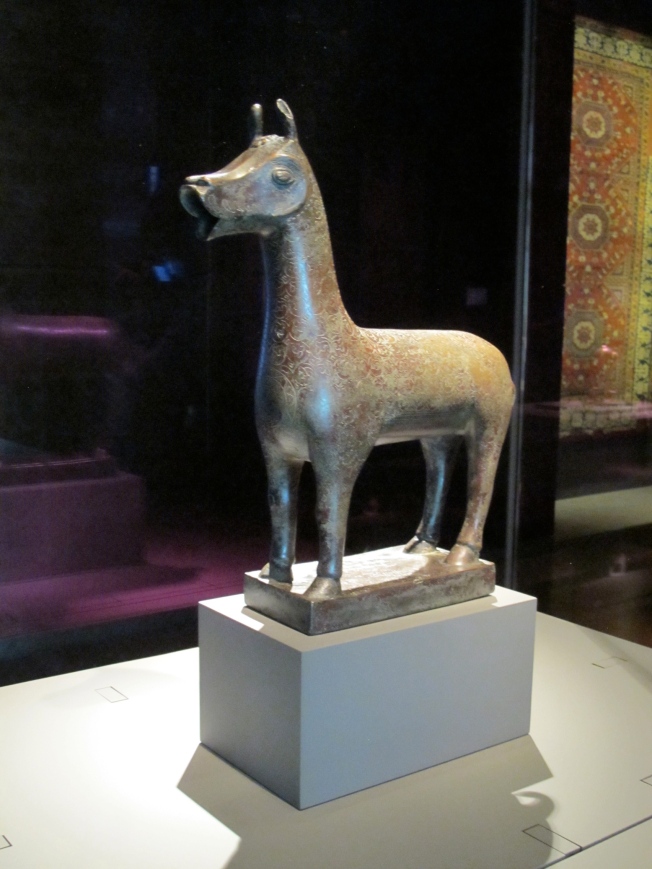 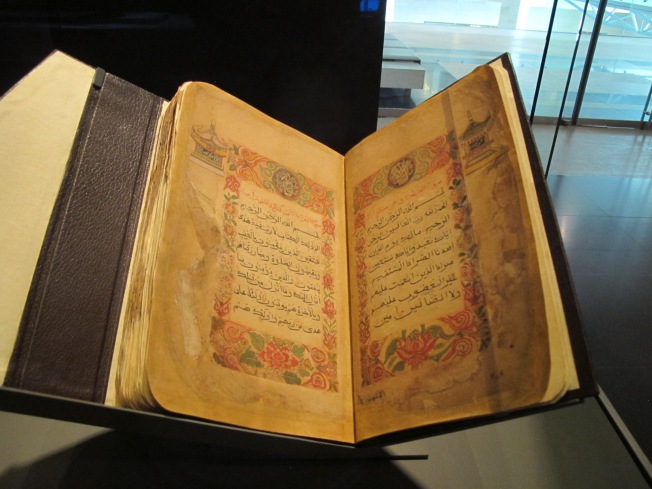 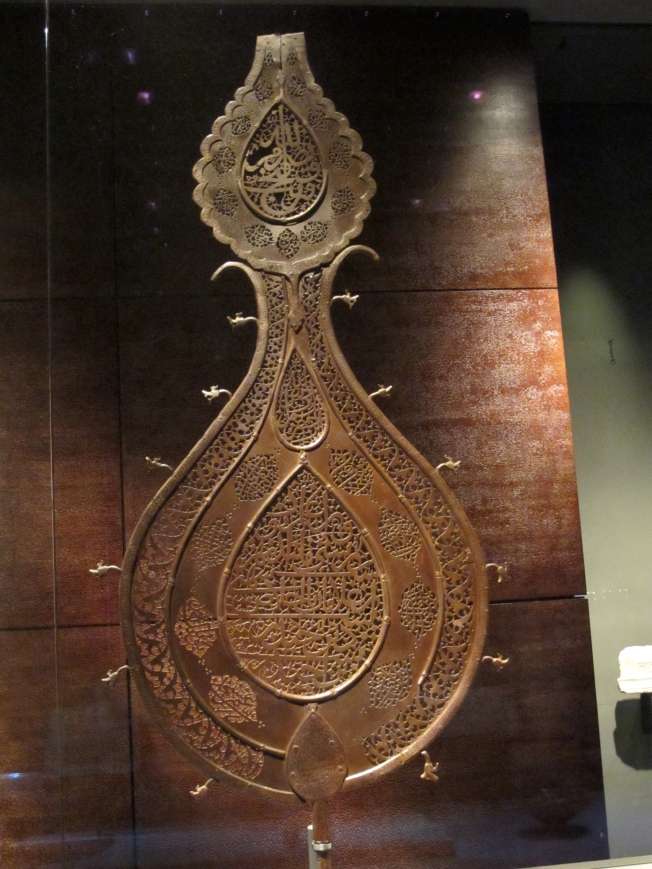 Chapeau bas to the Museum curators who assembled such a beautiful collection, and to the architect for creating a unique home for the artifacts. I. M. Pei definitely accomplished what, in his own words, he set out to do:

I remained faithful to the inspiration I had found in the Mosque of Ibn Tulun, derived from its austerity and simplicity. It was this essence that I attempted to bring forth in the desert sun of Doha.